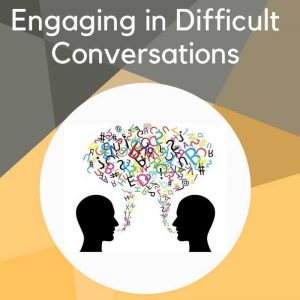 Saying no to someone. Asking for a raise or a promotion. Giving critical feedback. Letting someone go from their position. Confronting someone about their inappropriate behavior. Talking about a project that did not go well. Disagreeing with faculty or other campus colleagues. Apologizing.

These are all difficult to do.

In higher education settings, or in any other professional setting, even at home, these are some of the difficult conversations that are often avoided or attempted uncomfortably.

A difficult conversation is anything one finds hard to talk about (Stone et al, 1999).

It is the fear of consequences that makes one nervous about raising the issue: the dilemma to avoid or confront the matter makes it seem as if there is no good path. In theory, moving towards a resolution is the logical step. But, in real life, the thought of getting into an awkward situation initiates a cycle of indecisiveness – if we confront the issue, problems may get worse; if we let things be, then we’ll be taken advantage of and the situation may not change on its own. We also don’t know how either step will phase out in reality. And we never want to be the “bad guy”.

Difficult conversations are difficult because there are many feelings involved (Stone et al, 1999). 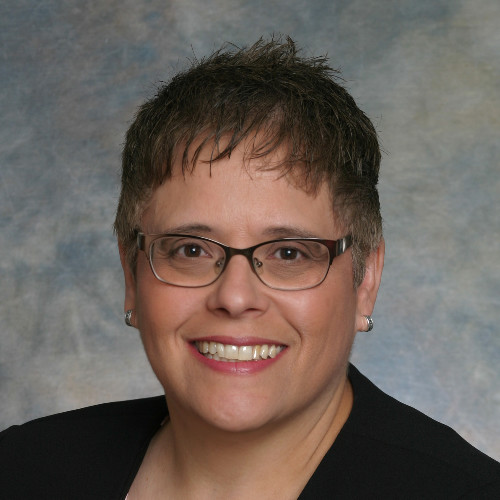 Special thanks to MaryAnn Stark, SUNY SAIL Institute Leadership Consultant, for designing an upcoming webinar and workshop on this topic of Assertive Communications: Leading Difficult Conversations on Campus. Hear more from MaryAnn and join her online or in Syracuse. Learn more.

We also don’t want to lose a good opportunity. We don’t want to lose respect of our colleagues by giving into an argument that lacks merit or results in a disparaging covenant. We may fear retaliation, humiliation, embarrassment or harsh judgement from others (Griffith, 2018). There can be several underlying reasons for our uneasiness which we may not be able to recognize, but we are able to ascertain the fear in ourselves, and when it interferes with our ability to communicate effectively. Griffith (2018) suggests the following four ways to manage our feelings when engaging in difficult conversations:

1. Recognizing signs of “fight or flight”
Our anxiety or fear leads to immediate, reflexive behavior as a means of protecting ourselves from real or perceived threats. Individuals exhibiting “fight” response become argumentative, raise their voices, engage in verbal attacks, etc. On the other hand, individuals who exhibit “flight” behavior tend to escape the situation, become withdrawn make quick concessions, etc…

2. Respond to triggers in yourself
Recognizing and addressing personal reactions (“fight” and “flight”) appropriately can aid in difficult conversations and meaningful decision-making. Being empathetic, listening to the other person, pausing, naming and confronting triggers, signaling offense and questioning in polite ways may help one consider the intent behind someone else’s comment which would help in shifting the focus of the conversation on what the other person wanted to say without being personally offended

3. Respond to triggers in others
Recognizing others’ “fight and flight” response is also equally important in effective conversations. In most difficult conversations, there are different perceptions of the same reality leading people to think they are right. We stop seeing ourselves as the problem and stop seeing others make sense. Personal responses to triggers in others could include inquiry, following body-language, tentative guessing, acknowledging and apologizing.

4. Slow down and think
Continuously monitoring reactions, pausing to consider when you are triggered or you may have triggered others, would help address difficult situations and return to productive conversation about concerns.

Sometimes, it may be best to let go of some issues and/or raise others. If one decides to let go of an issue, Stone et al (1999) remind us that we are not responsible for fixing the situation alone and we can let go, and, still care about the issue.

But, according to Senge (1990), avoiding difficult conversations can become an organization’s learning disability. He notes that management teams often avoid anything that can reflect poorly on them, and continue to upkeep their image as a cohesive team. He compares an organization with a living organism and emphasizes on managing it as one. He uses an elephant metaphor – when an elephant is divided into two, one does not have two small elephants to take care of. He implies that when employees are task-focused, they are less likely to see their own individual influence on the organization and may consequently blame others for mishaps. They are also less likely to be proactive and fixate on events instead of focusing on continuous developments.

Senge (1990) in his seminal book, the Fifth Discipline, cites five disciplines for a learning organization: a shared vision, mental models, team learning, personal mastery and systems thinking. He stresses on the fifth discipline, that is systems thinking, as the one that binds the first four and is the focus of change. This concept can be applied to the way explanations are provided to employees, may it be about an event or response to behavior, or even explanation based on structural level.

MaryAnn Stark reminds us that, “Our ability to be truly effective relies on us being able to have difficult conversations.  We must look within to find and understand our own communication style, we must be honest with ourselves and look in the mirror and ask why does this bother me? What am I afraid of? What role did I play in creating this problem? What is truly preventing me from having the conversation? The many feelings associated with this certainly run deep.“

Difficult conversations are a normal part of life, especially on campuses. No matter how good you get, difficult conversations will always challenge you, (Stone et al, 1999) but the solution is for the parties involved to identify and understand their feelings, negotiate them and share them clearly. Empathy, focusing on creating value, substantiating arguments with facts, being open-minded and communicating with respect and honesty are a few of the most important approaches to engaging in difficult conversations.